According to the Bitcoin Cash website: 'Bitcoin Cash is peer-to-peer electronic cash for the Internet. It is fully decentralized, with no central bank and requires no trusted third parties to operate'† This is the exact definition of Bitcoin because Bitcoin Cash is a hard fork of Bitcoin. A fork is a split of a blockchain into two different versions. This can happen with any blockchain, but in particular, this Bitcoin hard fork was caused by groups that disagreed with how the Bitcoin blockchain should evolve over time.

BUY BITCOIN CASH
Investing in cryptoassets is highly volatile and unregulated in some EU countries. No consumer protection. Income tax may apply.

What is Bitcoin Cash?

Bitcoin Cash (BCH) originated from a hard fork that caused a split in the Bitcoin blockchain. This has created a new currency called Bitcoin Cash (BCH). Anyone who had bitcoins (BTC) before August 1, 2017 at 14:20 PM, automatically received the same amount of BCH.

Bitcoin Cash focuses on immediately increasing the block size from 1 MB to 8 MB (now 32 MB) without implementing SegWit. This allows more transactions to be included in the network and leads to lower transaction costs. Bitcoin Cash has a mixed reception within the community and not all exchanges have added support for it. Some people believe Bitcoin Cash will help technology scale faster, while others believe a hard fork of Bitcoin will cause unnecessary confusion among the public and damage Bitcoin's reputation as a divided community.

Why was Bitcoin Cash created? 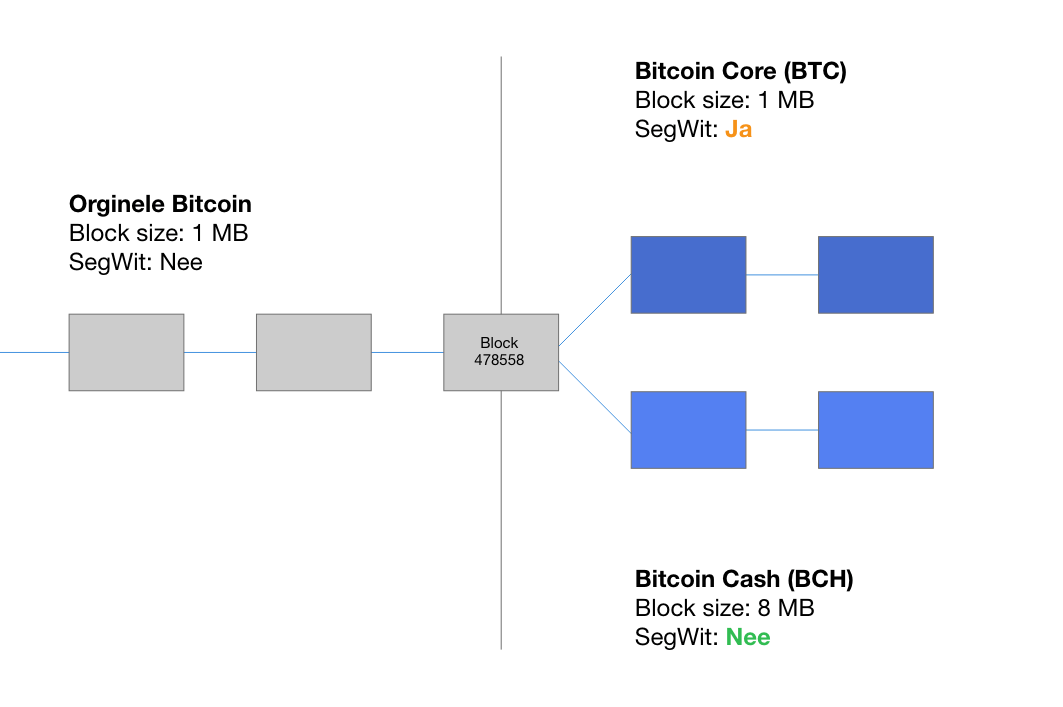 There are several approaches to increasing the number of transactions Bitcoin can support, and each approach involves unique trade offs such as balancing speed, cost, and security. Since Bitcoin is open and globally accessible, there are numerous groups using the blockchain for different use cases and benefiting economically from the blockchain in different ways. While each of these groups has a vested interest in Bitcoin, none of them have sole decision-making power over it upgrade process† So a large majority of these parties must always come together and reach agreement (consensus) on any changes to Bitcoin. So that they can be entered. As a result, the development of the Bitcoin network is sometimes relatively slow, but in recent years consensus has been reached faster between the different groups.

It is unclear which chain will win in the long run or if we end up with two separate chains Bitcoin and Bitcoin Cash or even more than two chains that will evolve differently over time. A potentially exciting part of "hard forks" is that if a group fundamentally disagrees with the ideologies of the original group, they can split to start their own version with the same technology, but with a different strategy and governance model. This allows the entire cryptocurrency space to evolve as some hard forks try new things. Regardless of the outcome of these two blockchains, we are experiencing some very exciting times in the cryptocurrency community.

BUY BITCOIN CASH
Investing in cryptoassets is highly volatile and unregulated in some EU countries. No consumer protection. Income tax may apply.