Social media platform Twitter has announced it has entered into a definitive agreement to be acquired by billionaire Elon Musk, CEO of Tesla and SpaceX. Musk wants to take the company to the next level.

Initially, Twitter opposed the acquisition proposal and even threatened a "poison pill" procedure to stop Musk from buying more shares of the company.

Which made the social news platform change its mind. Since the top executives of Twitter were not enthusiastic about the takeovers of the company. To circumvent the 'poison procedure', Musk has entered into discussions with the board of Twitter.

News of the acquisition circulated a month ago when Musk had bought 9 percent of Twitter's shares. That made him the largest and most powerful shareholder of the platform. Musk made an offer of 44 billion US dollars (more than 41 billion euros). That equates to $54,2 per share.

Elon Musk has a $21 billion personal investment that he self-financed and took out a loan for the remaining $25,5 billion. He added that as it is his highest and final offer, he believes the company has great potential. Before the company is owned by Musk, Twitter would become a private company after closing the deal so that he can make the necessary adjustments.

“Freedom of speech is the foundation of a functioning democracy, and Twitter is the digital city square where issues vital to the future of humanity are discussed,”

“I also want to make Twitter better than ever by improving the product with new features, making the algorithms open source to increase trust, defeat the spam bots, and authenticate all people. Twitter has tremendous potential, I look forward to working with the company and the user community to unlock it.”

Elon Musk's interest in the platform stems from his own frequent use of Twitter. The Tesla and SpaceX CEO often uses the social media platform to share memes, engage with his 85,4 million Twitter followers and share business announcements from Tesla and Space X.

According to Musk, Twitter controls too much what people can and cannot say. Musk wants to make Twitter a public platform where everyone can express their own opinion. He also wants to add an edit button to the platform for a limited time after posting a tweet.

Republican lawmakers have expressed excitement at the prospect of Musk taking ownership of the company after years of complaining about what they call censorship of conservative votes by mainstream tech companies. Twitter and other social media companies have said they don't censor based on ideology, but instead enforce their community's guidelines.

The takeover of Twitter is a good thing for the crypto world. Musk is known for being a supporter of cryptocurrencies and mainly "Dogecoin† He even plans to launch an altcoin and add it as a payment center on the platform. It's also no surprise that the Dogecoin price skyrocketed right away.

Since announcing the deal is closed, Doge has risen as much as 30 percent in value. The price of 1 DOGE token is around USD 0,1650. It could very well be that the DOGE token will soon be implemented in one way or another on the social media platform. 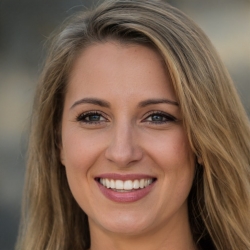 Paula
Paula critically researches the market of automatic crypto trading platforms and writes general articles about the world of cryptocurrencies.

Latest posts from Paula (see everything)

Paula critically researches the market of automatic crypto trading platforms and writes general articles about the world of cryptocurrencies. View all posts by